Its Diwali time again. The festivals of lights brings the spirit of joy and happiness, celebrates victory of good over evil and people meet their friends and relatives and exchange gifts and sweets strengthening the relations and social capital. Diwali, nowadays, is also synonymous with another activity i.e., bursting firecrackers.

Diwali is celebrated on the return of Lord Rama from exile of 14 years and defeating Ravana. The people in the kingdom were happy and lit the entire state. However, there is no mention of firecrackers in the epic ‘Ramayana’ or any other historical text. But bursting firecrackers, seen as symbol of celebration due to its noise and colours, slowly became part of the Diwali and wedding culture.

For people in India, particularly children, Diwali is more or less about firecrackers. The thrill and excitement of aerial crackers, spiral crackers and fountain crackers has increased their sale, even the import of crackers. The number of crackers’ factories and hence, the employment in the industry. The firecrackers helps to get rid of the atmosphere of insects and mosquitoes, which brings a whole of diseases, that develops with the onset of winters.

The bursting of the firecrackers has been the main reason for the spike in pollution and waste generation during the Diwali season. The noise pollution and air pollution mounts to the peak at this time. The level of noise generated by the crackers was visible during the Amritsar train mishap at Dussehra, where crowd watching the burning of Ravana effigy could not hearthe train siren leading to deaths of more than 60 people.

Every year, the air quality measured by National Air Quality Index (NAQI), reflects the record breaking poor quality levels. As per a study, despite being a non-smoker, every resident in

Delhi-NCR smokes 5 cigarettes on daily basis. This has been the reason for increase in the lung cancer cases among the non-smokers. The infants and kids are exposed to such substandard air at a very early age causing the rise in number of cancer cases in 20s and 30s, which was almost non-existent couple of decades ago.

The birds and animals are the biggest victim of such environment. They don’t have home to escape and evade noise pollution and air purifiers to cleanse the air to breathe. The dominance of humans on the planet Earth has been the reason for what scientists call to be ‘the Sixth Mass Extinction”. The nature’s biological library is being burnt even before we have catalogued the title of all the books stocked there.

The firecrackers also have safety concerns attached to it. The reports of accidents due to burning of crackers and defects in the crackers are regular during this period in the newspapers. The fires in the factories risk the life of people working there. The fire accident 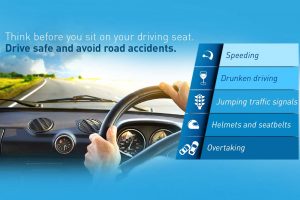