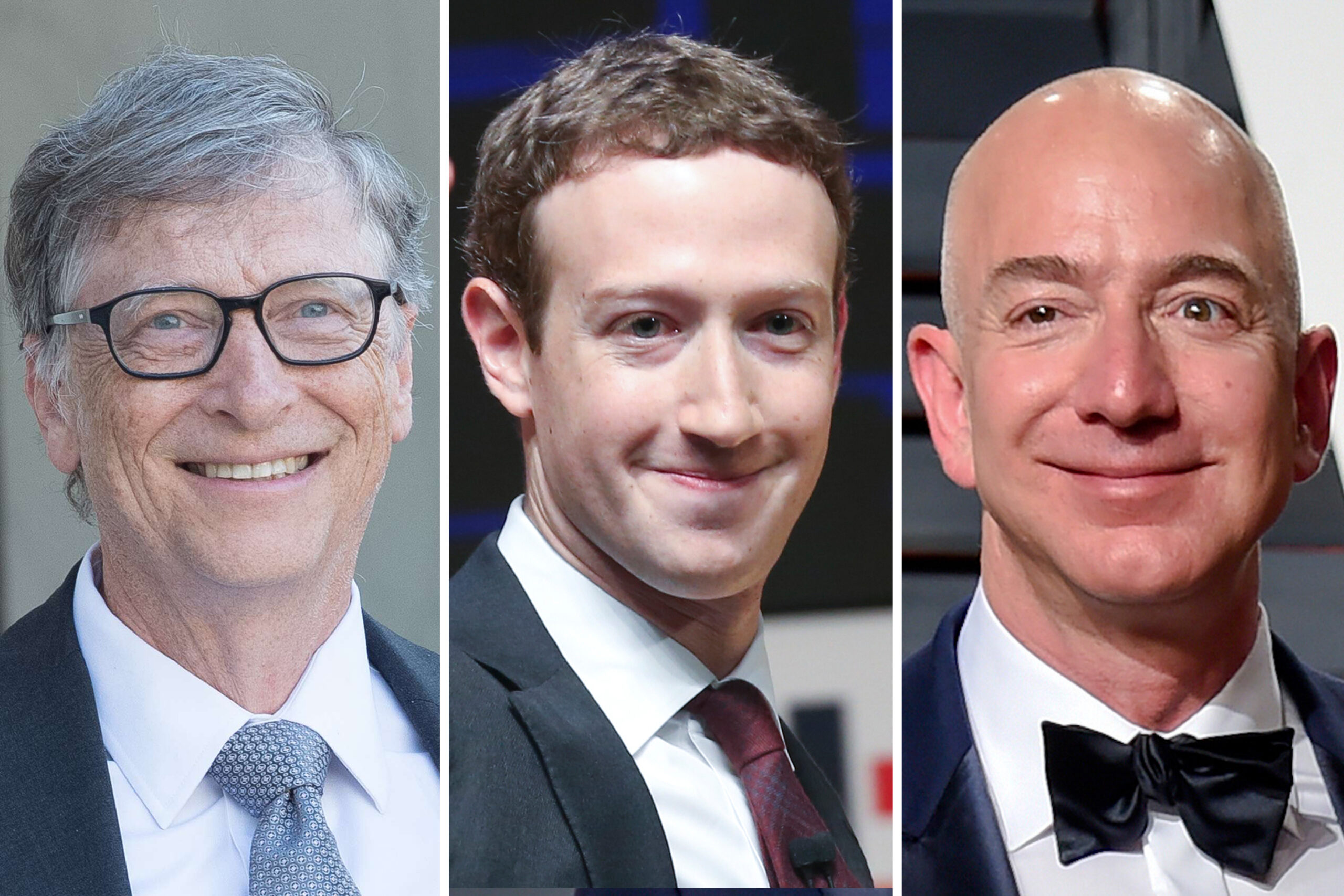 Richest People in the World: The world’s wealthiest people all have two things in common regarding how they got rich: they all invested in businesses or built companies that are now worth billions or trillions of dollars, and they all benefited from time and the way capital gains add up over time.

Elon Musk is trying to change how people get around on Earth and in space by making electric cars for Tesla and rockets for SpaceX. Tesla, Elon Musk’s electric car company, is now worth nearly $800 billion, and Musk himself is worth $215.6 billion. SpaceX, which is Musk’s rocket company, is now worth almost $100 billion. In October 2021, Tesla was worth $800 billion, making it the most valuable car company in the world.

LVMH – France Bernard Arnault is the chairman and CEO of LVMH and is the second richest person on the planet. His business empire comprises more than 70 brands, such as Louis Vuitton and Sephora. This gives him a net worth of $139.1.3 billion. Bernard Arnault is a French businessman who is the wealthiest person in Europe. He made his $100 billion fortune in December of last year.

Jeff Bezos founded and leads Amazon. His net worth is $133.4 billion, which makes him the third richest person on the planet. Even though he got a divorce from his wife MacKenzie in 2019 and gave her a quarter of his Amazon shares, his job hasn’t changed. Bezos started Amazon in his garage in Seattle in 1994, and has grown into a huge company. Because of the coronavirus pandemic, more people are shopping online, which is good for the e-commerce giant.

The net wealth of Bill Gates is $122.4 billion. Bill Gates is one of the founding members of the Bill & Melinda Gates Foundation. Bill Gates and Paul Allen started the software giant Microsoft. Eventually, Bill Gates sold most of his shares in the company, keeping only 1% and putting the rest in stocks and other assets. Bill Gates joined the $100 billion club in April of last year when the share price of Microsoft went up after earnings.

Warren Buffet is thought to be one of the best investors of all time. He is known as “the Oracle of Omaha.” He is in control at Berkshire Hathaway, which owns more than 60 firms, including Geico Insurance and Duracell batteries. He is worth $100.9 billion. His father was a US congressman.

Gautam Adani and his family: $97.2 billion

Gautam Adani, who started the Adani Group, has divided his multimillion-dollar business fortune into energy, logistics, agriculture, aerospace, and other areas. The Adani Group is a multinational corporation that runs ports and builds new ones in India. This makes Adani the wealthiest person in Asia.

Ambani dropped out of Stanford and has been one of the wealthiest people in Asia for more than ten years. Forbes says he owns and runs Reliance Industries, which brings in more than $74 billion annually.

Founded in 1977, Oracle’s software company has a net worth of $95.9 billion, thanks to Larry Ellison’s work there. In 2014, he stopped being the company’s CEO. Since then, he has been the company’s chairman of the board and chief technology advisor. Ellison is also on the board of Tesla, which he joined in December 2018 after buying 3 million shares earlier in the year. He owns almost the whole island of Lanai in Hawaii.

If you want to get closer to the top of the list of wealthiest billionaires, you might need to become a leader in technology or a master of luxury retail. Or, you could keep things simple and focus on investing in value. It would also help to have been born into money. But the enormous fortunes on this list started with amazing ideas that creative, driven, and connected people used to build some of the biggest companies in the world.

FAQs: Richest People in the World

Elon Musk, co-founder and CEO of Tesla, has a net worth of $224 billion and is the wealthiest person in the world.

Francoise Bettencourt Meyers, a French heiress to the L’Oréal company, is the wealthiest woman in the world.

As of 2022, how many billionaires are there in the world?

Where do most billionaires live?

The US has a record number of billionaires: 735. It is still the country with the most billionaires.

Which city will have the most money in the world in 2022?

Tokyo. Tokyo is the wealthiest city in the world. It has a gross domestic product of 1.52 trillion dollars.

You Can Read Also:

What is Sedition Law in India?
Indian Air Force (IAF) SPYDER: What You Must Know
Land Revenue Systems in British India
Major Tribes in India

Indian Air Force (IAF) SPYDER: What You Must Know