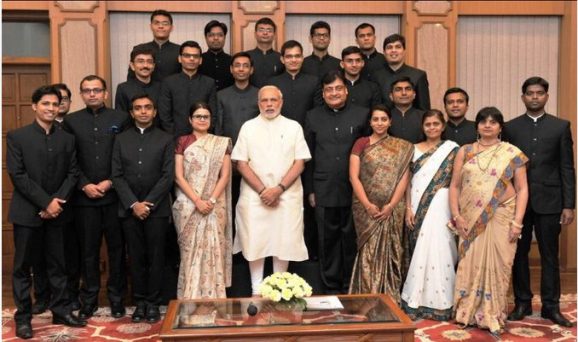 IAS Officer: “There is no elevator to success you have to take the stairs.”

Every aspirant who flounders to became an IAS officer has to face several problems in one or the other form. Some aspirants endeavor to tackle the economic hardships while others battle to push their mental abilities to achieve success.

While addressing this dilemma, every aspirant search for the short-cuts to minimize the hardships required to become an IAS officer. This can be simply explained by citing an example of aspirants who skip the Newspaper reading and choose to watch YouTube analysis of the editorials. They fail to understand the significance of reading Newspaper articles by own which not only builds their vocabulary but also enhances their ability to interpret.

IAS Officer: There are no short-cuts to the place worth going to!

Being an IAS officer is a job that checks the multi-dimensional abilities of a person. The aspirants should be conscious of the worth of becoming an IAS officer. They should apprehend that massive success will only be achieved after careful execution of their abilities at every stage. And no short- cut will be fruitful to achieve success.

Some people dream of success while other people get up and work hard!

The only tested path to become an IAS officer is working hard with all the potential strength. The aspirants should overcome the weakness they possess and focus on following the prescribed strategy of preparation. Working hard has no substitute in the process to achieve massive success.

The wrestler-turned-actor, Dwayne Johnson, has correctly mentioned the importance of consistent hard work. The aspirants should work with continuity in their efforts to pass the exams. An undeviating effort in the right direction will bear results. Working reliably towards an objective will help you to accomplish the task on time along with keeping discipline in the process.

Perseverance is Stubbornness with a purpose!

Perseverance is an essential trait for civil service aspirants for achieving success despite the difficulties. The aspirants should understand that success is not a straight-line path. There will be up and downs and chances that you get lost in your way. But the real hero is the one who gets himself back on track with full determination. The successful aspirants are the ones who deny surrendering to the circumstances.

IAS Officer: Success is not final; failure is not fatal!

The real reason why aspirants search for short-cuts is a failure! The failure in initial attempts will leave the aspirants frustrated as it shatters the self-confidence. Instead of giving up, the aspirants should consider failure as the stepping stone to becoming an IAS officer. Failure can help the aspirants by providing them the invaluable experience, knowledge as it builds resilience. Previous mistakes will help them to grow in the further journey of becoming an IAS.

“Discipline is the bridge between goals and accomplishment.” – Jim Rohn.

Jim Rohn, an American entrepreneur, has described the vitality of self-discipline to achieve great success in life. The same is true concerning the process of becoming an IAS officer. The IAS exam comprises 3 stages i.e., Preliminary exam, Mains Exam, and Personality Test. The aspirants need to keep their spirits high throughout the stages of preparation. This required extra-ordinary self-discipline to execute the prescribed strategy and study plan. Self- discipline allows an aspirant to stay focused on their goals and keep self-control.

The beauty of the UPSC examination is that it enlightens the mind of the aspirants preparing for it. A positive mindset will lead to massive success in terms of achieving the determined aspirations. To achieve any success, the aspirants should first feel themselves capable of achieving it. This feeling of accomplishment and self-esteem is generated as a result of a strong and positive mindset. Besides the mind-set also helps a civil service aspirant in building a winning perspective with optimistic beliefs and attitude.

Finally, Success cannot be considered as a God-gift. Rather, it is generally a remuneration God gives for difficult work. Success is not meant for those who sit idle and search for shortcuts to become an IAS officer without putting effort into the preparation. Aspirants should sincerely understand that no shortcuts can clear their way to the LBSNAA, only the hard work, perseverance, and dedication will do so.

What are the Powers, and Responsibilities of an IAS Officers?

Is It Possible To Become An IAS Officer In One Year?