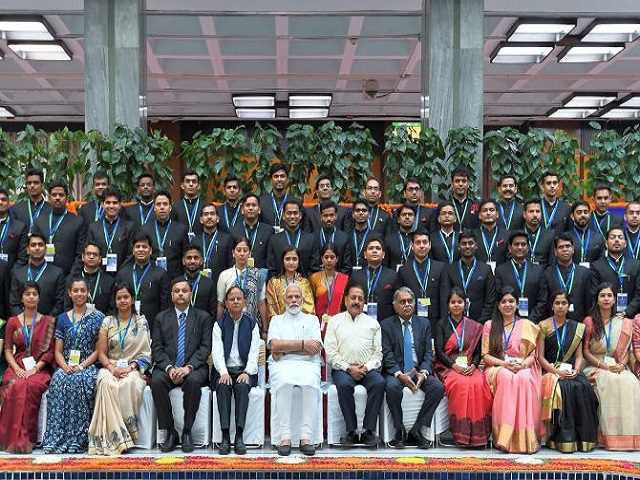 UPSC Posts: Every year, millions of students prepare for and take exams in order to earn a career in one of the five major civil services listed above. Only a few hundred people are chosen for the same.

Then there’s the category of clerical and manual personnel, or, to put it another way, non-gazetted officers. These jobs will not pay as well or have as much power as gazetted officers. They are also vital to the efficient operation of our system; thus, the government supports them with numerous benefits and incentives. UPSC jobs for 24 distinct Civil Services are filled through the Union Public Service Commission’s Civil Service Examination (CSE).

Only a few thousand pupils out of millions of applicants would be able to pass this exam. Among the 23 Civil Services, the Indian Administrative Services (IAS), Indian Police Services (IPS), Indian Revenue Services (IRS), and Indian Foreign Services (IFS) are the most popular (IFS).

UPSC Posts: The distribution of services to successful candidates is determined on their exam scores. After being selected for service, a candidate is assigned to several posts (during the course of his career) within that service, with the exception of some circumstances where he or she may be delegated to another service’s department.

When we read about officers like Kiran Bedi, Smita Sabharwal, Isha Pant, Nirupama Rao, Meera Shankar, and others, we are all inspired. These courageous officers not only brought honour to our country, but they also inspired millions of other women to break free from their shells.

The government, on the other hand, has implemented a number of programmes and incentives to enhance the presence of women in the public service, including waiving exam admission fees. They get maternity leave, special offers, and incentives once they have a government position, so they don’t quit due to family or societal pressure.

There is a lot of potential in UPSC jobs because they are not only well-known but also well-paid and offer a lot of benefits in terms of incentives; however, if one is unable to pass the exam, they should try SSC jobs, which also have a lot of potential.

Furthermore, there is no gender discrimination in the civil service; rather, women are encouraged to engage more in order to create a future balance in the representation of society who labour to ensure that everything runs well.

The District Collector is the highest ranking officer in the district’s revenue management. A district magistrate (abbreviated as DM) is an Indian Administrative Service (IAS) officer who serves as the senior-most executive magistrate and chief in charge of a district’s general administration.

Though the majority of UPSC candidates prefer IAS to IFS, this is mainly due to the IFS’s small number of jobs. IAS and IFS have separate service profiles throughout the majority of their careers, although both are critical to the government’s operation.

You Can Read Also:

UPSC Books
IAS FULL FORM
What is UPSC?
All About LBSNAA

HOW CAN YOU GET RID OF NEGATIVE MARKING IN UPSC EXAM?

Busting a Few Myths About the UPSC exams