India has been making all the diplomatic efforts to gain the membership for NSG, but is yet required to wait for a little more of the time!

IAS Preparation: What is NSG? And How is it Significant?

The treaty, signed by 48 nuclear suppliers (read countries) ensured nuclear trade for the peaceful purposes, apart from non-proliferation on the response of India after the nuclear test took place at Pokhran in 1974.

What does The Treaty Aim At?

It is the NPT i.e., the Nuclear Non Proliferation Treaty that guides the NSG.

Apart from the technology for what has been listed above.

Besides, there are quite a few items and technologies that are co-related to both nuclear as well as non-nuclear applications are also governed and regulated by NSG.

Efforts Made by India to Seek the Membership of NSG

India has been seeking the membership of NSG since the year 2008 and has made considerable efforts to achieve the same. The NSG waiver in the very same year i.e., 2008 helped the nation taste success.

The waiver led to India signing quite a few nuclear agreement pacts with a number of the countries including the US. Apart from that, many countries from across the world have stood by India to help our nation gain the unconditional membership of NSG. The prominent powers of the world across the globe including the US, the UK, and Russia etc., have provided their support to India for the same.

However, look at the flip-side of the picture now. There have been many a countries who are opposed to India as far as our nation’s getting into the NSG is concerned. The major opposition comes from China. Besides, a few more of the countries including Pakistan, Switzerland, and Turkey etc., are also opposed to India gaining the membership of NSG.

What is the eligibility criterion for the NSG Membership?

Needless to say, adhering to the procedure for gaining admission into NSG poses the biggest hurdle to India. And time and again, China has been highlighting the same opposing India’s entry into NSG.

But, the point to be noted is that India has been able to acquire the nuclear technologies by means of the many Civil Nuclear Agreements for the country has been getting the waiver for the same for a considerably long time in the past. Thus, the country can be considered for a partial membership of the NSG.

However, the NSG guidelines were changed in the year 2011 by a plenary. According to the new guidelines concerning the transfer of the sensitive enrichment and the reprocessing technologies, India could not conduct any nuclear trade. It has further triggered the need to acquire the membership of NSG and also get the rule amended.

India considers signing NPT as biased and discriminatory. Moreover, the nation has been adhering voluntarily to various norms as well as the principles of the NPT. The points given below are worth considering:

More of Supporting Points in the favour of  India

How India is likely to gain from the NSG membership?

In spite of being a nuclear capable state, India is not yet well-equipped with the required technologies and the nuclear fuels. If India gets the membership of NSG, the following areas would receive a highly positive impact:

In spite of not having signed NPT, India has been making sincere efforts to acquire the membership of NSG. The membership, if acquired, would result into a progressive surge in domestic industries, accumulation of power to safeguard the nation’s interests concerning the adversaries including the neighbours, energy security etc.

Besides, there are quite a few other strategic interests as well, apart from what have been stated above. These are as described below:

And it should be noted that nuclear energy has almost been looked upon for being the panacea in the 21st century by India. Thus, the NSG membership may prove to be a game changer for India to an extent than what had been anticipated earlier.

IAS Preparation: To sum up, the major hurdle blocking India’s way to  gain the memebership of NSG is, as already said earlier that India has yet not signed NPT. And again, as we have seen that most of the countries across the world support India’s justifiable claim to the membership of NSG, countries like China and Pakistan have been opposing the same. Besides, Turkey sides with Pakistan. The former has been a great friend of the latter ever since Pakistan came into existence.

However, India has always been recognized as a great champion of peace across the world and would continue with all the justifiably sincere efforts to gain the membership of NSG.

15 Ways How The Video Lectures Help You Prepare Effectively For The IAS Exam?

The Wise do Revise: Specifically When It Is None Other Than The IAS Exam! 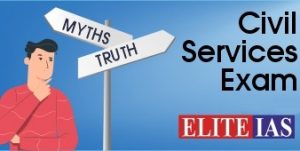 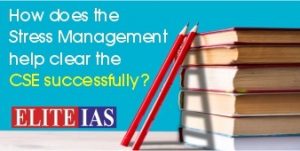 How Does The Stress Management Help Clear The CSE Successfully?

How Does A Well Thought Of Head-Start Support Your Preparation For The IAS Exam?