Besides, a scientifically inquiring temperament and the spirit have always been the driving force behind UPSC.  The government body has always been expected to be at the service of the common man of India with an unwavering focus. Needless to say, UPSC looks for the men and women with absolute integrity. As a result, there is also a Paper Ethics, Integrity & Aptitude (GS IV, Mains, CSE).

Besides, UPSC recruits the candidates well equipped with both academic and the practical intelligence. Moreover, the Civil Servants are expected to be social harmonizers making the best possible efforts to resolve the conflicts while being at the service of the people.

It should be noted that the years in the beginning specifically the 50s and the 60s bear witness to all the tenets as stated above being almost implemented in the practical manner. And the two decades that followed saw the Civil Services evolving to a great extent at various platforms including all the attributes as stated below:

Thus, the Indian Civil Services that had thus evolved set a highly appreciable benchmark for the Civil Servants of the future.

The years that followed had been somewhat different in the terms of the policy and the programme initiatives, apart from the objectives. Obviously, the initial two decades comprised the founding and the building years for the nation. Needless to say, the Civil Servants, too, had been driven by the spirit to build and pioneer. No wonder, they had been looked upon with great respect by the people dreaming of India as a powerful, self-sustaining and highly confident country.

As the years rolled on, various policies and the programmes were finely attuned to the frequently emerging demands for an India that ought to be powerful at various platforms including economical, social and military, apart from various other perspectives.

Thus, various banks, mines and insurance(s) etc., were nationalized so that various programmes could be funded sufficiently for the sake of development and alleviating numerous problems including poverty. Besides, there had been:

Apart from what had been listed above, substantial work was undertaken at various platforms including:

Needless to say, the various development programmes demanded the investments and the expenditure that seemed to be ever increasing.

Besides, it should not be forgotten that India also had to face 3 wars right within the first two decades when the nation gained Independence. And needless to say, it did take a heavy toll on the nation’s resources and economy.

However, the Indian Civil Services have faced the challenge with great practicality, thus earning the respect of the nation.

The Civil Servants, specifically the IAS officers are looked upon by the Indian society in great awe. Apart from the power and the prestige that is bestowed upon an IAS officer, it is the great opportunity to serve the nation that proves to be the great force driving the youths to dream of joining the IAS.

UPSC has always enjoyed a reputation for recruiting only the best who are also endowed with great moral and ethical integrity, apart from the great intellectual minds. Needless to say, the Union Public Service Commission not only makes an assessment of the knowledge of the candidates, but the complete personality in order to see to it that the candidates thus appointed would be able to serve the nation in a manner that would be justifiable to all concerned.

And one may throw a careful glance at the statistics to confirm the same. Huge multitudes of the educated Indians apply for the Civil Services Exam every year. But only a few qualify the Prelims. By the time, the result for the second stage, i.e., the Mains are declared, the number is reduced even further. And needless to say, the digit decreases further after UPSC declares the successful candidates when the last stage, i.e., Interview is over.

UPSC recruits the Civil Servants only after conducting the CSE in a holistic manner. While the first two stages viz., the Prelims and the Mains make an assessment of the candidates’ knowledge, the Interview assesses the personality.

It should never be forgotten that UPSC looks for the best and as a result, provides the recruited candidates with the best! And in a nutshell, that gives a picture to motivate the aspirants to spare no efforts to successfully clear the CSE in order to see themselves as successful Civil Servants.

The Wise do Revise: Specifically When It Is None Other Than The IAS Exam!

Improve Your Handwriting: For it counts when you face the Civil Services Exam 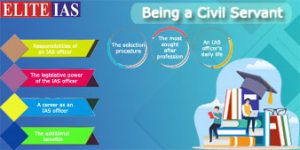 Being a Civil Servant 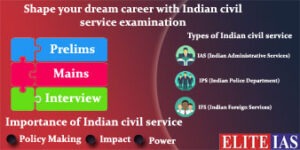 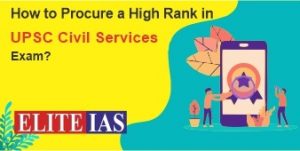 How to procure a high rank in UPSC Civil Services Exam?