As per the reports, the Central government led by the Prime Minister Narendera Modi had decided that a candidate’s rank is not going to be the sole determinant in the allotment of the cadre to various candidates. 10% of the weightage would be there for the combined foundation course that is going to be mandatory.

As per the DoPT, the Department of Personnel and Training, the internal communication dated July 9 states that a candidate’s performance in the foundation course would be one of the key factors in the allotment of various services including the Indian Administrative Service, Indian Police Service and the Indian Foreign Service, apart from other cadres. Besides, if a candidate’s performance in the foundation course alters his service, he would not be required to go through the course again.

A meeting was held on June 25 by all the cadre controlling authorities at LBSNAA, Lal Bahadur Shastri National Academy of Administration concerning the combined foundation course for all of the civil services.

The PMO had already proposed a move to make the foundation course mandatory before the candidates join the services. And it would play a role while allocating the cadres rather than the rank alone in the UPSC CSE results. The course was introduced as the government wanted the Civil Servants to do complete justice to their jobs.

Old vs. New NCERT Books: Read on to find What Should You Read to Prepare for the IAS Exam?

Why Do You Need to Refer to Previous Years’ UPSC Question Papers? 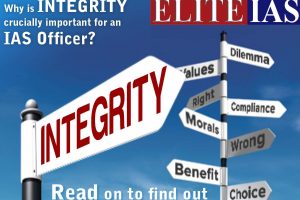 Why is Integrity crucially important for an IAS Officer?

Life, Role and Responsibilities of an IAS Officer