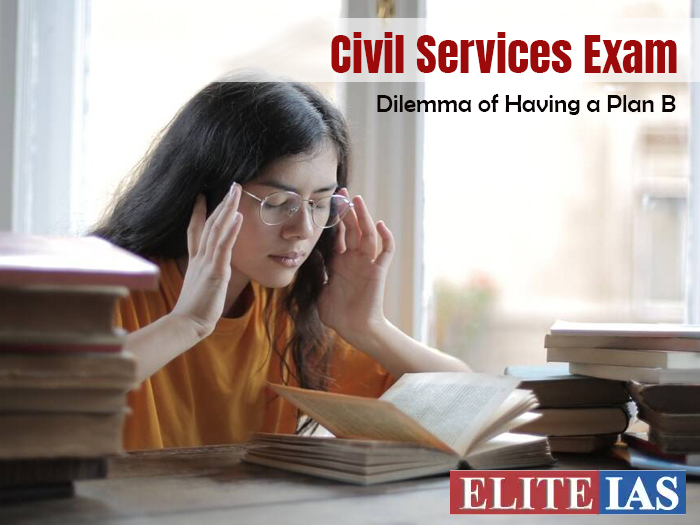 What Is Plan B Dilemma?

Civil Services Exam: The concept of a backup career option was popularised as ‘Plan B’ by the TVF Aspirants web series. It is real among candidates preparing for the UPSC civil services exam.

While some aspirants take a break from the preparation and hunt for other opportunities only to land back in the competition again, many continue to appear for other exams alongside. On the other hand, some have faced the brunt of not having a second option and stress on its importance today.

Why Plan B is Necessary in UPSC(Civil Services Exam)?

In the initial years of preparation, the aspirants don’t agree to the idea of having a Plan B. One of the many reasons is the dynamic nature of this exam and the time invested in preparation. But once the aspirants start facing failure, reality strikes. After investing years in the preparation, aspirants often find themselves at crossroads preparing for a backup career, in case they do not qualify the exam. The aspirants should consider the following factors and prepare a Plan B for secure future: –

What The Toppers Say?

Civil Services Exam: In recent years, many state PCS toppers have revealed that though their main aim is to qualify the UPSC civil services exam, state PCS is their backup option.

Here we have given few examples as per their interview from various newspapers: –

What Should Be Aspirant’s Plan B They Don’t Succeed In UPSC?

Civil Services Exam: A lot of people suggest you choose another career path after consecutive failures, but at times the determined mind doesn’t understand it. Being confident in your preparation is a good trait but keeping a backup plan is a practical step considering the success rate in this exam is low and unpredictable every year. Following are some of the basic options the aspirants can consider for Plan B: –

5 Strategies that Can Help Students to Score Well