If I say that UPSC exam comprises of just two subjects, they were STATIC and DYNAMIC, it won’t be an understatement. Even though the UPSC website has provided an elaborate list of topics and syllabus, it actually is an extramarital affair between the static and dynamic.

You can’t live without it but you can’t even live with it. It is a pain you are bound to bear but cannot explain about because it is you who have chosen to live it.

Now the fact that Civil Services Exam has just two subjects as we discussed above, you cannot give a miss to current affairs. If the static portion helps you understand the Indian background and takes you to the roots of the Indian society, the current affairs help you survive the present.

If what Britishers did to India in 200 years is important to understand the present Indian society, the current affairs will help understand that how the current relations should be evolving keeping in mind the welfare of our citizens. So, I won’t be overstating if I say, STATIC is the driving force and DYNAMIC is the fuel that drives.

Well, to make it simpler, I have discussed a few points below to understand the importance of current affairs:

Example: What role have volcanoes played in the formation of the earth’s atmosphere in the past? Highlight the impact of volcanic activity on climate change in contemporary times.

Now, if we break the question into parts, on one side it tests our static knowledge of volcanoes and on other hands it requires us to highlight its impact on current climatic conditions i.e. how and why or if at all it has contributed towards global warming or how the volcano eruption pattern has evolved over the years. Thus, strikes a chord between the static and the dynamic.

It becomes important for you to keep yourself abreast with the government initiatives, the involvement of government with various international organizations or even to understand the hierarchy and work devolution inside the bureaucratic system. If you fail on these aspects, how will you handle the pressure and do justice with your job?

Common friends! If you can keep up with the “KIKI CHALLENGE” on social media, current affairs are the UPSC trend. Get going!

How to Write a Good Answer in IAS Mains 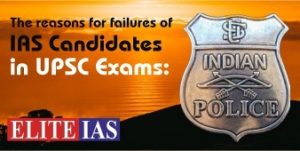 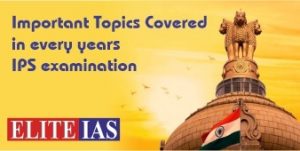 The important topics covered in every years IAS examination 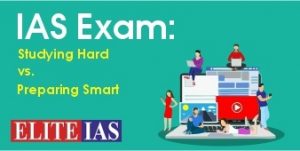